We still believe this is the best chance in decades for a Cyprus settlement, State Department says 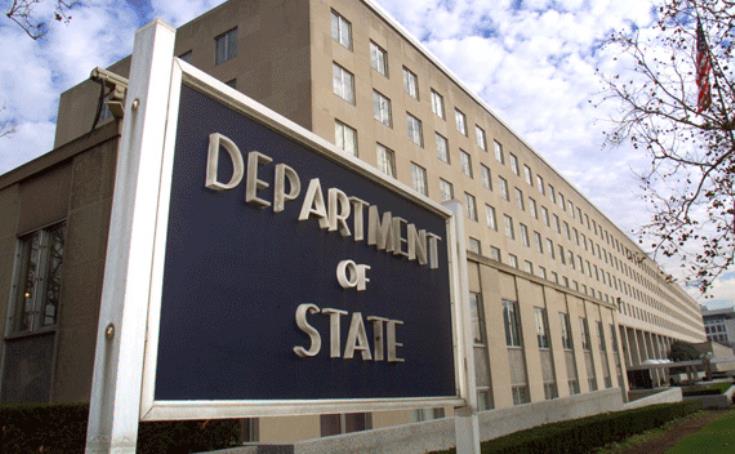 We still believe this is the best chance in decades to achieve a lasting and comprehensive solution in Cyprus, a State Department spokesperson said, replying to a question on the recent developments in the negotiations on the Cyprus problem.

The spokesperson refrained from making any comment on the cancellation of Thursday`s scheduled meeting between Cyprus President Nicos Anastasiades and Turkish Cypriot leader Mustafa Akinci, in the framework of their UN-led talks on the Cyprus problem.

Asked about last week`s meeting in Munich between acting Assistant Secretary of State John Heffern and UN Special Adviser to the Secretary-General on Cyprus Espen Barth Eide, the State Department spokesperson said that the US official “conveyed to Espen Barth Eide the continued US support for the settlement process”. The spokesperson did not refer to any details of their discussions.

He underlined that the US notes the considerable progress Cypriot leaders have made. “The United States continues to support the leaders as they try to reach a comprehensive settlement to reunify the island as a bizonal, bicommunal federation, which would benefit all Cypriots as well as the wider region”, the spokesperson added.

He expressed the belief that this is the best chance in decades to achieve a lasting and comprehensive solution, and he assured that “the United States remains prepared to offer any assistance that the leaders would consider useful.”

The Cyprus government announced on Wednesday that it was informed by the UN that due to Turkish Cypriot leader`s refusal to attend, the meeting between Anastasiades and Akinci scheduled for today, will not take place.

The Turkish Cypriot leader walked out of a meeting last week, in the framework of the UN-backed negotiations on the Cyprus problem, shortly after it began, because the Cypriot Parliament took a decision to commemorate in schools, by form of a reference, the 1950 referendum, favouring “enosis”, union with Greece. Although President Anastasiades has stressed that the decision does not in any way mean a change of policy on the solution and in spite of the fact that the National Council issued a statement reiterating this, Akinci demands withdrawal of the House decision.

Cyprus has been divided since 1974, when Turkey invaded and occupied its northern third. Anastasiades and Akinci have been engaged in UN-backed talks since May 2015 with an aim to reunify the island under a federal roof.