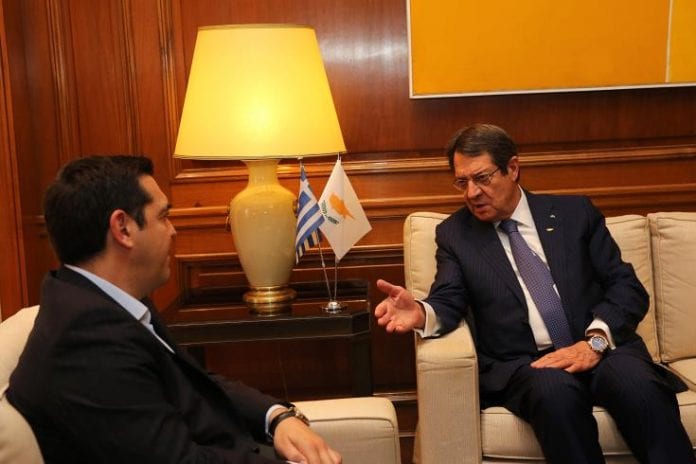 Government Spokesman Nicos Christodoulides on Monday announced that President Anastasiades will be travelling to Athens on Friday to meet with the Greek Premier Alexis Tsipras, ahead of the Geneva talks. Foreign Ministers of both countries, Ioannis Kasoulides and Nikos Kotzias, will also be present at the meeting.

The Spokesman also said that Foreign Ministry officials from Greece and Turkey will meet this week to lay the groundwork ahead of the Cyprus conference in Geneva and facilitate a meeting between Tsipras and Turkish President Tayip Erdogan.

Christodoulides said that the efforts are being intensified, adding that President Anastasiades will also consult with Greek Cypriot chief negotiator Andreas Mavroyiannis.

The Spokesman pointed out that we are at a crucial juncture now, adding that all efforts aim at creating those conditions at the negotiating table that would help yield a positive outcome on the discussion for security and guarantees in Geneva.

Cyprus has been divided since 1974, when Turkish troops invaded and occupied its northern third.
President of Cyprus Nicos Anastasiades and Turkish Cypriot leader Mustafa Akinci have been engaged in UN-backed talks since May 2015 with a view to reunite the island under a federal roof.

Anastasiades and Akinci decided on December 1 to meet in Geneva on January 9, 10 and 11, 2017. On the 12th of January the Conference of Cyprus will begin in Geneva.