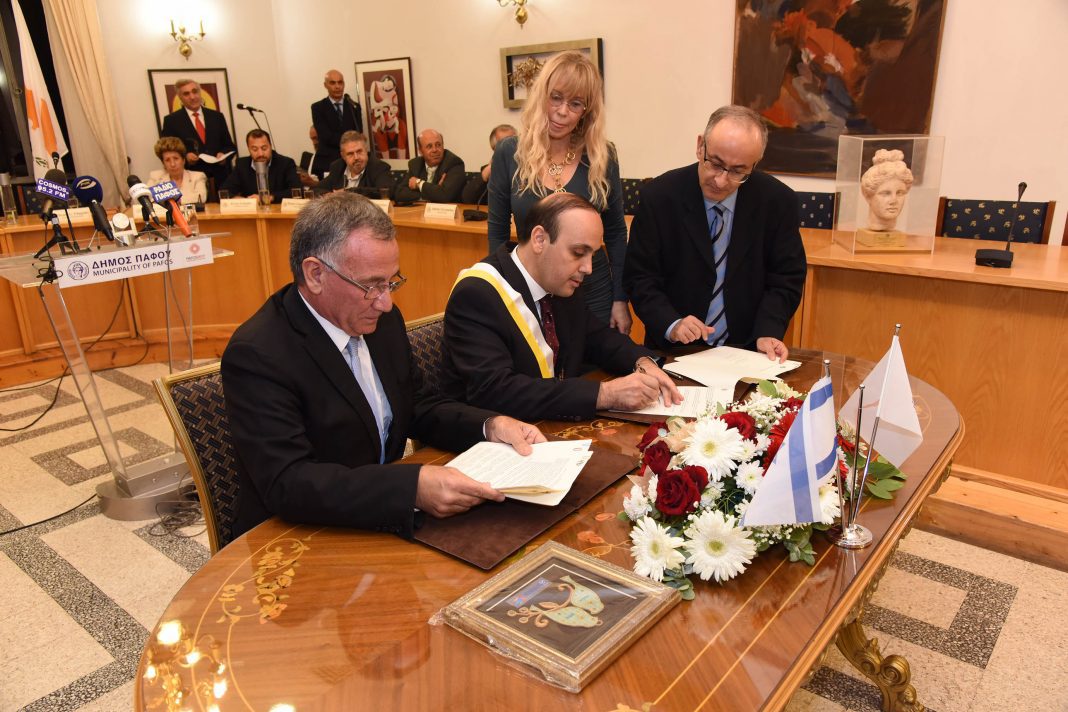 REPRESENTATIVES of Paphos municipality, headed up by mayor Phedonas Phedonos leave for Israel on Tuesday evening, for the second part of the twinning ceremony of the town with Herzlyia.

The trip is being described as a historic one for Paphos and is the second part of the official twinning of Paphos and Herzliya, the initial event saw a delegation from Israel visit Paphos in October last year.

Herzliya is well established in the field of technologies and Paphos municipality is hoping that collaboration between the two will focus on tourism and new technologies.

The delegation will depart from Paphos airport aboard Ryan Air’s inaugural flight to Tel Aviv. Accompanying the group is Undersecretary to the President Constantinos Petridis, the chairman of the CTO, Angelos Loizou, and a delegation of the Paphos Chamber of Commerce –EVE- led by Chairman Andreas Dimitriades, members of the Paphos regional board of tourism, and numerous group of tourism businessmen.

The flight leaves at 8pm on Tuesday evening.

On Thursday morning, a meeting of the heads of Paphos delegation with the Israeli Minister of Tourism is scheduled and on Wednesday, a meeting between tourism entrepreneurs of the two countries, will cover a number of issues. The main events of Pafos2017’s cultural capital title will also be promoted and discussed.

The Israeli market is being actively targeted as part of an ongoing tourism plan to encourage travellers between Paphos and Tel Aviv.

On Thursday, a meeting will take place between the delegation of EVE and the leadership of Chamber of Commerce and Industry of Tel Aviv, as well as meetings of the Paphos municipality representatives with companies and organisations that specialise in the field of new technologies.

The delegation also includes the president and members of the committee of foreign affairs and tourism, Panagiotis Vorkas, Linos Tsokkas, Marinos Stylianou and George Sophocles. The municipal secretary Themis Filippides and municipal service officer Yiannis Anthis will also be on the trip.

The delegation will return to Paphos on Friday afternoon.