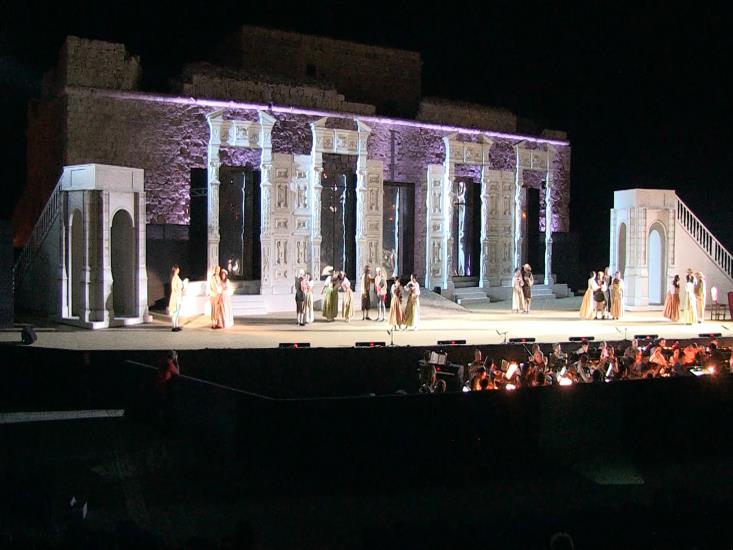 Cyprus President Nicos Anastasiades has praised the positive cultural impact the Pafos Aphrodite Festival has had in promoting Pafos and Cyprus as a whole abroad.

The Festival, which takes place for the 18th year running, includes the performance of well known operas with the cooperation of local and foreign artists every year in the first weekend of September, at the magical setting of the Pafos Medieval Castle.

This year`s opera goers had the opportunity to enjoy Mozart`s “Don Giovanni.”

In an address, delivered on his behalf by Cypriot Education and Culture Minister Costas Kadis, President Anastasiades congratulated the hosts for this amazing cultural event taking place in the context of the Pafos Aphrodite Festival, which has been established as a high level cultural institution, successfully taking place of the 18th consecutive year.

It is a cultural event with an important international appeal which has contributed to the promotion of Pafos and Cyprus as whole, he pointed out.

The Pafos Aphrodite Festival has greatly contributed in enhancing our island`s cultural tourism and has attracted an eclectic audience.