Monkey on the loose in Paphos 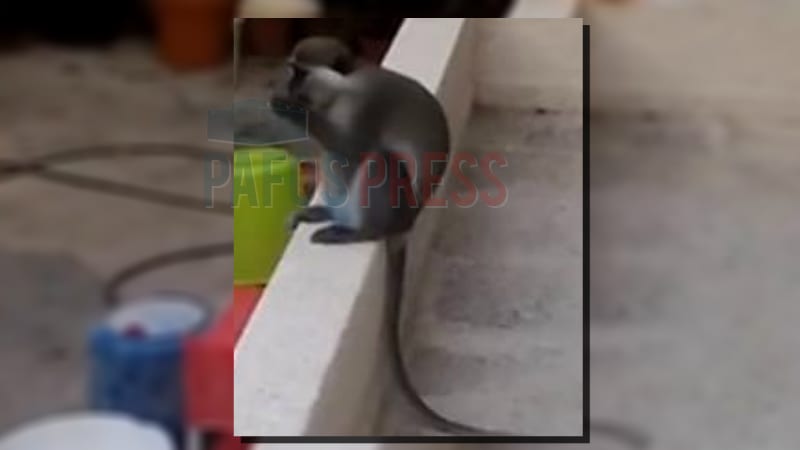 Paphos police confirmed on Saturday that they have been trying to capture a monkey that has been roaming the town centre the past week but so far they have had little success.

According to media reports, Paphos residents have been reporting the last four days that a monkey is out on the loose in the town’s neighbourhoods, wandering on the streets.

The monkey, which is reportedly more than one-metre tall, was seen in central areas of Paphos.

The head of the Animal Party Kyriacos Kyriacou told the Cyprus Mail that the owner of the monkey, contacted them on Saturday asking to help to capture him.

“The owner said that it is a male 15-year-old Green Monkey, which she had bought from a pet shop,” Kyriacou said.

Sigmalive reported that it had received a call from a Paphos resident on Friday claiming the monkey was in his neighbourhood.

“It is true, we have been receiving calls from people that the monkey was seen in Alexandroupoleos, Kinyras, Alexandrou Papagou streets, but it has been very hard to locate, as he moves from place to place,” a Paphos police officer told the Cyprus Mail.

He added that when they receive a call that the monkey was spotted in a house, or a neighbourhood, by the time officers get there, he is gone.

“Today we had a call from a man saying the monkey was on his veranda, and we asked him not to startle him until officers got there, but by the time they arrived, the monkey had jumped to a tree and vanished,” he said.

Kyriacou said that he is to go to Paphos on Sunday and would find a vet with a tranquiliser gun so that they could try to capture the monkey, with the help of his owner.

He added that if however, authorities ended up killing the monkey because he had bitten someone, its owner should bear responsibility.

Kyriacou referred to recent cases when dogs attacked and injured people and their owners had the dog euthanised.

“It is not the animals’ fault but of their owners. If the monkey is stressed out he might bite someone,” he said.

He said that that his party last month gave Agriculture Minister Nicos Kouyialis their suggestions as regards the ban of imports of exotic animals to the island, but that no progress has been made since.