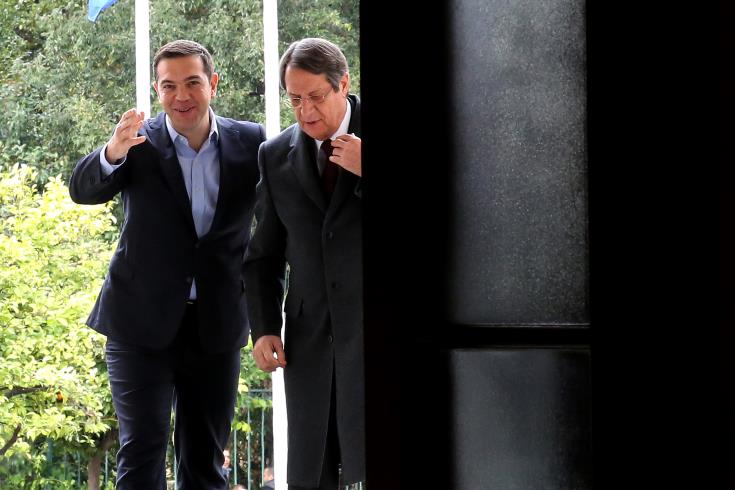 The Greek government remains firmly committed to the way Cyprus President Nicos Anastasiades is handling the difficult negotiations in the context of the process for the reunification of Cyprus, always in the framework of UN resolutions, Deputy Foreign Minister of Greece Terens Quick said on Wednesday, after a meeting with Archbishop of Cyprus Chrysostomos II.

On his part Archbishop Chrysostomos said that during their discussion they did not just talk about religious issues but also about national and social issues.  “We all follow the same line,” he added.

“I am pleased to say that for the first time the Greek government has a very clear position on our national issue,” he said.

It supports the Cypriot government, he pointed out, noting that it follows this line without giving a thought to any consequences and commended the Greek government for keeping low key tones.

In his statements, Quick said that he assured Archbishop Chrysostomos that “the Greek government is firmly committed to the difficult handling by President of the Republic, Mr Anastasiades, always in the framework of UN decisions.”

“Everything we have said on the eventuality of a solution, on the need for the withdrawal of all Turkish occupation troops and the abolition of the anachronistic status of guarantees still stands,” he said.

The Greek Deputy Minister is escorted by Commissioner to the Presidency for Humanitarian and Overseas Affairs Photis Photiou and Greek Ambassador in Nicosia Ilias Fotopoulos.

Cyprus has been divided since 1974 when Turkey invaded and occupied its northern third. UN brokered talks resumed in May 2015 aiming to reunify the island under a federal roof.