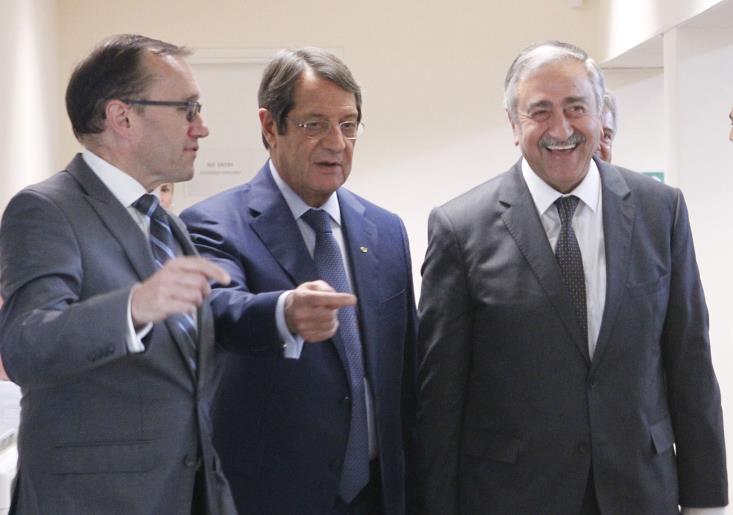 Cyprus leaders, President of the Republic Nicos Anastasiades and Turkish Cypriot leader Mustafa Akinci, hold on Friday their fourth meeting in the framework of the intensified talks under the aegis of the UN.

A total of seven meetings have been scheduled to take place between the two leaders until September 14, with the aim to find a solution that will reunify Cyprus, divided since the 1974 Turkish invasion. All chapters are expected to be on the table during the intensified negotiations.

The Greek Cypriot side said that a tripartite meeting between President Anastasiades, Mustafa Akinci and the UNSG Ban Ki Moon could take place after the UN General Assembly in New York only if progress allows it.

President Anastasiades has also stressed that a multilateral conference will only take place if he feels that there is such a progress that would allow for this kind of conference to be convened.

Government Spokesman Nikos Christodoulides has said that negotiations are at one of their most critical junctures, since all chapters will be thoroughly discussed in detail by September 14.

Anastasiades and Akinci have been engaged in UN-led talks since May last year with a view to reunite the island, divided since the Turkish invasion of 1974, under a federal roof.