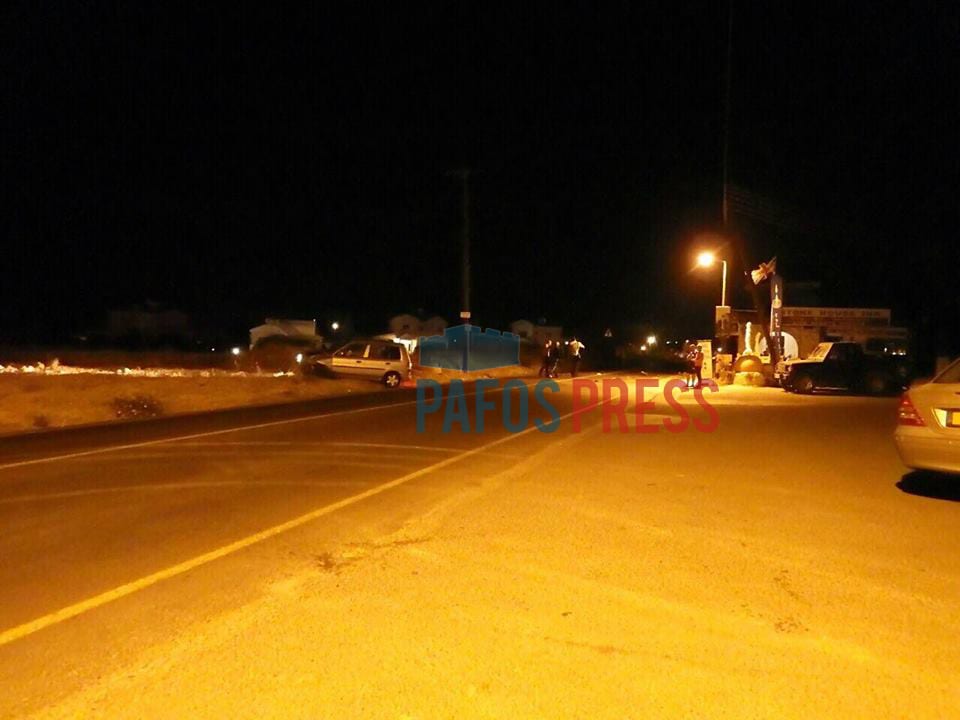 A 53-year-old man from Britain, a permanent resident of Cyprus, died early Saturday after the car he was driving in Peyia went off course, crashed into an embankment and overturned in an adjacent field.

The accident, police said, occurred at around 1am while the man was driving along Michalakis Kyprianou Avenue in Peyia towards Coral Bay. Under unknown circumstances, the 53-year-old’s vehicle went off the road, hit an embankment and overturned in a field.

The man was transferred to the Paphos general hospital where he was pronounced dead on arrival.