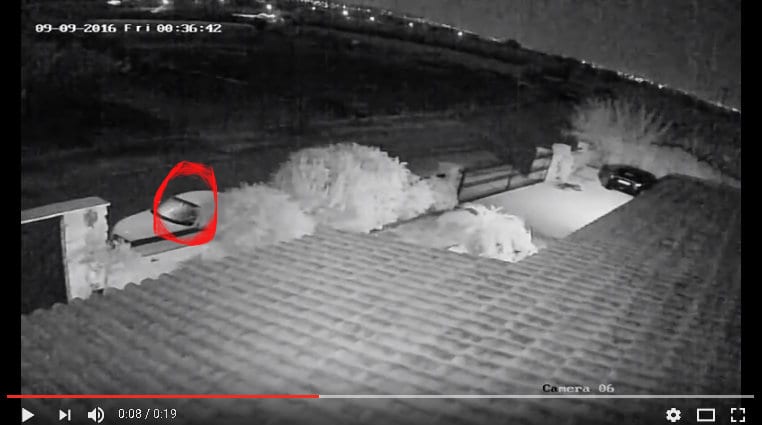 A suspected meteorite did a close fly-by over Cyprus early on Friday, sending people into consternation over a blitz of bright lights which appeared in the night sky coupled with large bangs.

“It had a 45-degree tilt and a bang was heard as it passed over Cyprus,” said Ioannis Fakas, the honorary chairman of the Cyprus astronomical society.

Residents of the mountain villages of Fasoula, Avdimou and Ayios Theodoros Agros called the police reporting the incident had happened at around 12.45am and that the object caused a deafening noise and shook the earth for miles around when it crashed.

A police spokesperson said they received reports of explosions from the higher regions but could not find anything despite their investigations.

Parts of the meteorite were thought to have fallen into the sea north of Cyprus, Fakas told state TV.

“It wouldn’t have weighed any more than a few kilos,” he said. “When it crossed Cyprus it exploded,” he told CyBC.

President of the Cyprus Space Exploration Organisation Giorgos Danos estimated that the size of the original object that penetrated the atmosphere in Cyprus was even smaller.

“I do not believe the size of the original object that penetrated the atmosphere to be larger than a soccer ball, more like the size of a tennis ball,” he commented.

Asteroskopeion.com said the meteorite, before it broke up, was estimated to have been in size comparable to a small car. It entered the Earth’s atmosphere at high speed, ignited due to the large amounts of friction with the air and finally exploded in smaller fragments causing a bright flash and sonic boom. This type of event is called a Meteor Air Burst, it said.

“Determining whether or not fragments impacted the ground or sea is not possible at this time. Once enough data is collected then the physical size, intensity of the blast and possibility of impact can be better estimated,” it added.

Danos also expects data from satellites and other international sources before there is a complete picture for the space phenomenon.

Due to people and most recently a concerted effort at the United Nations “the skies literally teem with telescopes for the detection of Near Earth Objects (NEOs) that can endanger human civilisation, he added.

Danos recalled that in 2013 in the Tselniampinsk region in Russia a much larger meteorite entered the atmosphere and caused injuries to about 1,000 people, mostly from broken glass from the blast in the atmosphere.

“It is the only meteorite phenomenon on record globally to have caused human injuries. There is no valid evidence for meteorites having caused deaths in the past,” he said.

For any further information or to submit an eyewitness report contact 1010 Asteroskopeion at 22 677 727 or at facebook.com/1010Asteroskopeion