Turkey has not demonstrated the necessary will for a Cyprus settlement, says Justice Minister 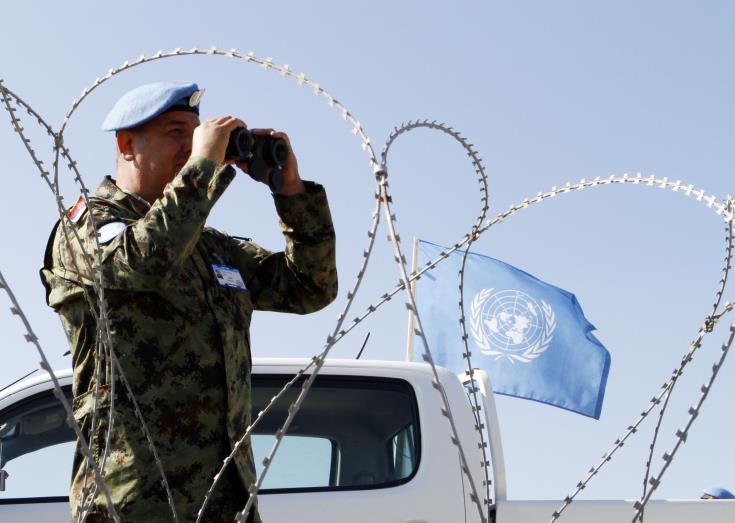 Turkey has not yet demonstrated the necessary will in order to able to reach a viable and functioning solution to the Cyprus problem, Minister of Justice and Public Order Ionas Nicolaou said on Sunday.

Speaking at the funeral of Eleftherios Ioannides, a Greek Cypriot who went missing during the Turkish invasion of Cyprus in 1974, and whose remains have been exhumed and identified through the DNA method, Nicolaou assured of the “honest and good will” of the Greek Cypriot side to reach a Cyprus settlement, which, as he said, the President of Cyprus Nicos Anastasiades maintains in coordination with the Greek government.

The Minister added that the aim is to reach a solution based on the EU principles, which will respond to the desire for a reunited country without any occupation troops, in which conditions of “peaceful coexistence with our Turkish Cypriot compatriots will prevail.”

Referring to the issue of missing persons, Nicolaou pointed to Turkey`s obligation, as the occupation force, to allow excavations in the military areas in the northern, Turkish-occupied part of the island, without any restrictions.

Furthermore, he noted that Ankara must give access to its military archives, where information for people who went missing in 1974  can be found, and provide details for the relocation of remains that took place in the occupied part of the island.

Cyprus has been divided since 1974 when Turkish troops invaded and occupied 37% of its territory. Cyprus President Nicos Anastasiades and Turkish Cypriot leader Mustafa Akinci have been engaged in UN-led talks since May 2015, with a view to reunite the island under a federal roof.

July 2007 marked a turning point of historical significance, as the Committee on Missing Persons in Cyprus began returning the first remains of Greek Cypriot and Turkish Cypriot individuals to their families. These individuals had been missing since the tragic events of 1963-64 (inter-communal conflict) and 1974 (Turkish invasion of Cyprus).