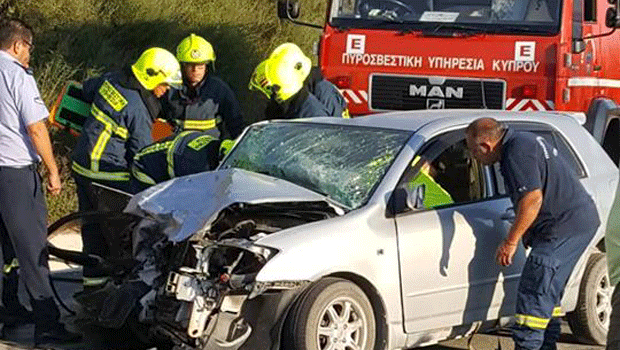 Three people are in Paphos Hospital after a head on collision on the Droushia-Kathikas road on Tuesday morning.

The fire service had to help free the injured — a 61 Greek Cypriot man and two Romanian women — a 58 year old mother and her 31 year old daughter.

The man and the younger woman have various fractures while the older woman sustained lighter injuries.

All three are reported to be out of danger.