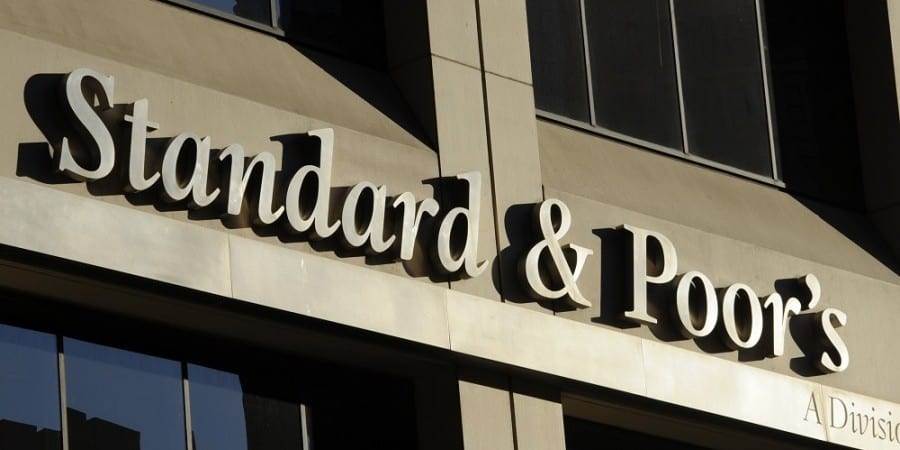 Ratings agency Standard & Poor’s has upgraded on Friday its assessment of Cyprus to BB.
In a press release it said that it “has raised its foreign and local currency long-term sovereign credit ratings on the Republic of Cyprus to ‘BB’ from ‘BB-’.”
At the same time the ratings agency has affirmed its ‘B’ foreign and local currency short-term sovereign credit ratings on Cyprus.
The outlook is positive, the ratings agency has said.
“We expect the Cypriot economy will expand by about 2.7 per cent this year, surpassing our March 2016 forecast, with annual growth at about 2.5 per cent in real terms in 2017-2019” the agency said. It said that Cyprus’ recovery is supported by resilient business services, tourism, gradually reviving private consumption, and construction. The restructuring in the financial sector is advancing, but the Agency expects it will be a few years before the sector contributes to economic growth.
“We think that the sovereign’s budgetary position will continue improving over the next few years, standing at close to balance or in surplus, with gradually declining government debt,” it noted.
S&P said that the positive outlook reflects its view that “we could upgrade Cyprus within the next 12 months if its reduction of currently high levels of nonperforming loans accelerates, indicating a convergence of Cyprus’ credit and monetary conditions, including the monetary transmission mechanism, with those of the eurozone.”
The Agency also expects the unemployment rate, 15 per cent at year-end 2015, will drop further to below 12 per cent by 2018, which will support households’ disposable incomes and private consumption. We expect the Cypriot economy will continue to grow at about 2.5 per cent in real terms in 2017-2019, even though high levels of non-performing loans (NPLs; mainly loans past due for more than 90 days and forborne loans for a minimum observance period even if they meet the new repayment program) remain a key concern for financial stability and economic performance, it said. In the long run, S&P also factors in the possibility of a reunification of the island, which would represent an important positive contribution to the country’s growth rate, despite initial micro- and macroeconomic challenges.
Support Local Business