President: Despite problems in the peace effort, a settlement can be achieved 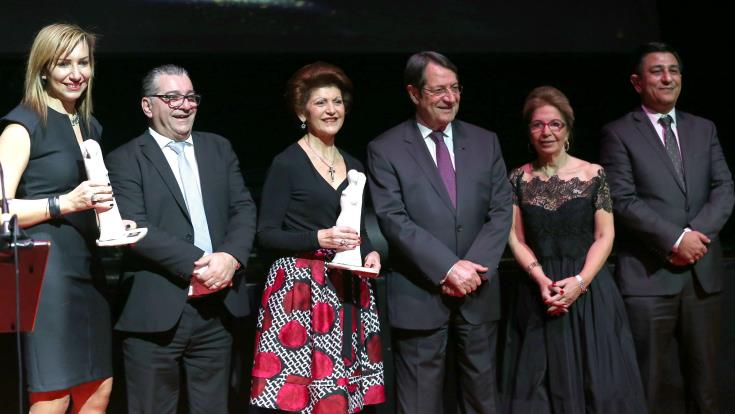 Cyprus President Nicos Anastasiades believes that despite all the problems and unacceptable statements with regard to the peace effort, a political settlement can be achieved, which will be accepted by both sides on the island, will respond to their concerns and take into consideration the the future of the country.

Addressing an event on Tuesday evening, organized by the Employers and Industrialists Federation (OEV), and the Cyprus Federation of Business and Professional Women, Anastasiades noted that “we are pursuing a settlement of the Cyprus problem with no winners or losers, a solution which will take into consideration the sensitivities and the concerns of both communities and allow our country to exploit its potentials.”

The President did not elaborate further on current developments in the Cyprus problem, saying that public statements can prove to be unhelpful in the ongoing effort to find a negotiated settlement, a message he has conveyed to the UN as well.

In this respect, he called on the political parties to realise that this crucial period must not serve the parties but the country itself.

Anastasiades stressed that “our ambition is for Cyprus to become a modern state which will play an important role in the turbulent region of the Eastern Mediterranean and the Middle East.”

“We are aware of the fact that in order for the situation to be fully normalized, it is necessary to solve the Cyprus problem and this is why we are engaged in an effort which has until now yielded significant results, without however dismissing the important differences which still exist,” he added.

He noted that there is no doubt that once the Cyprus problem is resolved, the country will become an exemplary pillar of stability to which everyone who wants to strengthen regional security will look up to.

Anastasiades said that this is in the interest of the countries in the region, Cyprus and the EU, and in addition it will have benefits for Turkey itself.

“I therefore believe that despite the problems which have to be addressed or the unacceptable in many cases statements being heard, at the end of the day it will be possible, by taking into consideration the benefits, to contribute towards a settlement that will be accepted by both communities, that will respond to the concerns of both communities and it will take into consideration the prospects of the future and not the present,” he stressed.

Referring to Cyprus` economy, Anastasiades said that 2016 ended with a 3% growth rate, while a similar, slightly improved, trend is being forecast for the current year. This, he said, is expected to reinforce efforts to further reduce unemployment.

On measures taken to promote fiscal consolidation, rationalise public expenditure and improve economic performance, he said “our efforts have born fruit, something which has been recognized by the international markets where Cyprus can now apply for loans with low interest rates.”

He noted the continuous upgrades of Cyprus` economy by international credit rating agencies, and praised the contribution of the Cypriot people, the parliamentary parties, employers, trade unions and other organizations to this end.

“Our ultimate goal is to have a viable economy, which is more productive, competitive and outward looking,” he added.

Cyprus has been divided since 1974, when Turkish troops invaded and occupied 37% of its territory. Anastasiades and Turkish Cypriot leader Mustafa Akinci have been engaged in UN-led talks since May 2015 with a view to reunite the island under a federal roof.