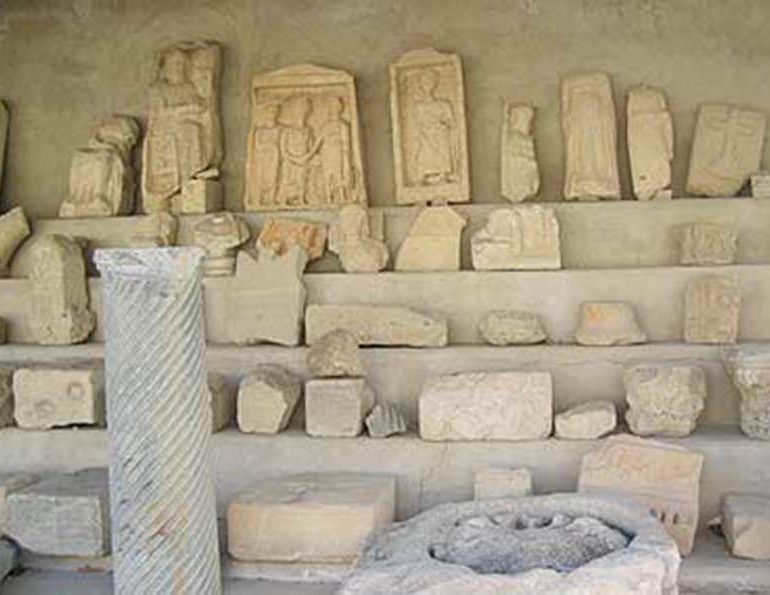 TWO of Paphos’ most popular museums are currently closed, leading would-be visitors to question the timing of the closures while the town is in the midst of its year-long stint as European cultural capital.

The archaeological museum, which is crammed with artefacts, is undergoing renovation while the Byzantine museum is being moved to a new location in the heart of Geroskipou.

Paphos resident, Geoff Cosson, said that as Paphos’ history and mythology forms such an integral part of Paphos’ cultural programme it seemed extraordinary that the public were being prevented from viewing these collections.

“Everyone knows that Paphos is hoping to attract large numbers of visitors from Cyprus and across the world during this year,” said. “So who made the decision to close the archaeological museum for the whole of 2017? And why has the Byzantine museum also closed?”

He stressed that a substantial amount of both government and EU funds have been spent on planning events and upgrading the town.

A statue from the Paphos archaeological museum

“Many of our visitors will be disappointed at not being able to visit the museums.”

Major construction works to rehouse the archaeological museum’s collection stalled last year, but are now underway again and are due to be completed by the end of November, according to a spokesman for the antiquities department which operates the museum.

He explained that the calendar for works could not take into account Pafos2017 and added that the upgrading work is long overdue.

“Due to EU funding and timeframes, this period is when the work had to get underway. We do apologise the public for the inconvenience,” he said.

The museum was founded in 1964, following Cyprus’ independence, and is financed by the government. It was initially built to house objects that had been kept in the complex of the Turkish baths. In 1989 a new exhibition gallery was added to the west wing of the building.

While the archaeological museum’s closure will cover most of the period that Paphos wears its cultural crown, the Byzantine museum should reopen in April.

The exhibits at the museum, which is run by the church, are currently being moved to their new home in Geroskipou.

The Byzantine museum in Paphos is closed until April

The museum, which has been housed in the east wing of the Bishop of Paphos’ residence in Ayiou Theodorou Street since 1989, was created by the then bishop of Paphos, Chrysostomos.

The collection includes Byzantine icons ranging from the 7th to 18th centuries, including the oldest portable icon found in Cyprus so far, that of Ayia Marina dating to the 7th or 8th century, which have been collected from churches and monasteries of the district of Paphos.

As well as the icons, exhibits include crosses, silverware, wood carvings, ecclesiastical works, priests’ vestments and embroideries, manuscripts and frescoes.

The new museum will be housed in Geroskipou’s old primary school.

“This is a lovely old building which is on the square in the centre of the town; the exhibition is being moved here now,” said Geroskipou mayor, Michalis Pavlides.

He welcomed the move saying that it was a good development for the town.

“It’s great for our historical centre and we now have a bus which runs from the tourist area in our municipality to the centre, so that even more people will be able to visit.”