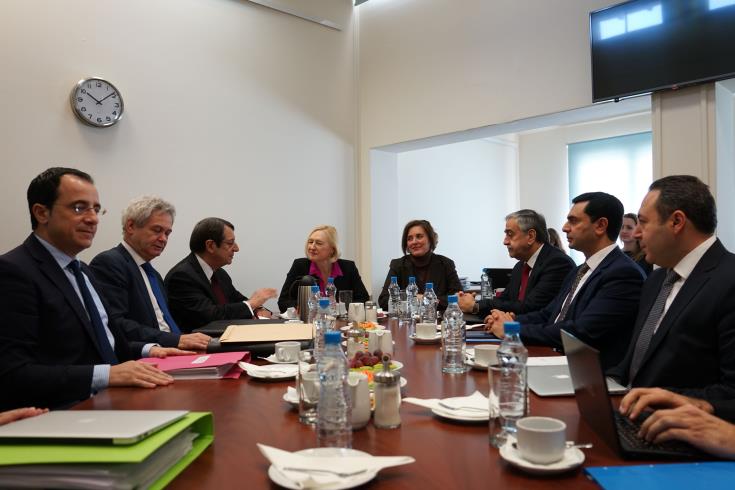 The negotiators of the Greek Cypriot and the Turkish Cypriot sides, Andreas Mavroyiannis and Ozdil Nami respectively, are meeting this morning in the context of the ongoing UN-led peace talks to reunite Cyprus, divided since the 1974 Turkish invasion.

Reliable sources, close to the talks, have told CNA that today`s meeting is set to “prepare Wednesday`s meeting between the leaders of the two communities, to organise their work and plan” future moves.

After his meeting with Turkish Cypriot leader Mustafa Akintzi last Thursday, Cyprus President Nicos Anastasiades said they decided to meet on 1st of February to agree on the procedure and the methodology to be followed at the talks.

He said that at Thursday`s meeting, the negotiators briefed them on the discussions held at deputies` level on 18-19 of January in Mont Pelerin, Switzerland.

“It was decided to continue the dialogue in Cyprus, on all subjects, with the determination to work in order to narrow existing differences or if possible conclude on the majority of the subjects,” he added.

Asked whether there will be a new Conference in Geneva, Anastasiades said this is going to be among the issues that will be discussed.

“The Geneva Conference was neither the beginning nor the end and consequently the dialogue must continue on the important issue of guarantees,” he added.

Cyprus has been divided since 1974, when Turkish troops invaded and occupied 37% of its territory. A new UN-led effort to reunite the island has been under way since May 2015.