Deputy UNSG Spokesman: Eide is meeting with both leaders to discuss the way forward 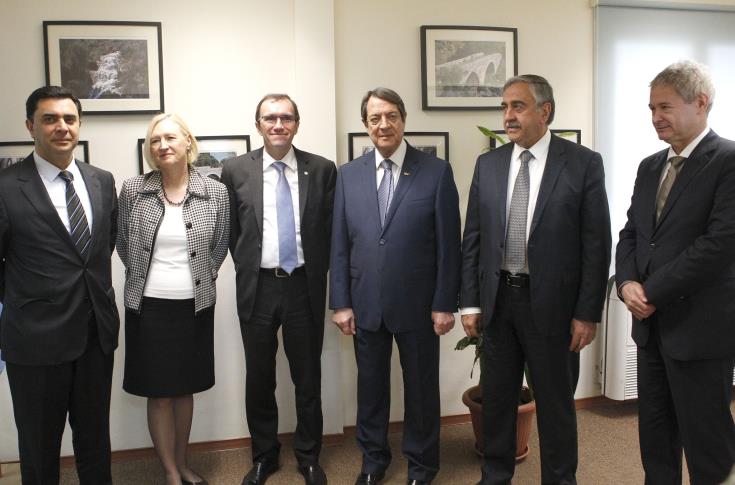 UNSG Special Envoy Espen Barth Eide is meeting with both leaders to discuss the situation and the way forward, Deputy SG Spokesman Farhan Haq has said.

Haq was invited to comment during the press briefing on Thursday on the fact that Turkish Cypriot leader Mustafa Akinci walked out of the meeting he had with Cyprus President Nicos Anastasiades, under the auspices of the UN.
He was asked whether the SG is going to get involved as there were reports “that Akinci has personally asked him to be involved on this historical issue about commemorating this 1950 vote for union with Greece”. Last week the Cypriot Parliament took a decision  to commemorate the 1950 Enosis Referendum in schools.

Haq was asked to say what is the UN status of the talks and what has been done to bring the two leaders back together.

“We are aware that the meeting today (yesterday) between the Greek Cypriot and Turkish Cypriot leaders ended abruptly. The Secretary-General’s Special Adviser, Espen Barth Eide, is meeting with both leaders today (yesterday) to discuss the situation and the way forward“.

Eide met separately with Anastasiades and Akinci yesterday and he told the press that nobody sees the process as over or terminated or suspended and that the meeting scheduled for next Thursday between the leaders, has not been cancelled.

The Republic of Cyprus has been divided since 1974. Anastasiades and Akinci have been engaged in UN-led talks since May 2015 with a view to reunite the island under a federal roof.