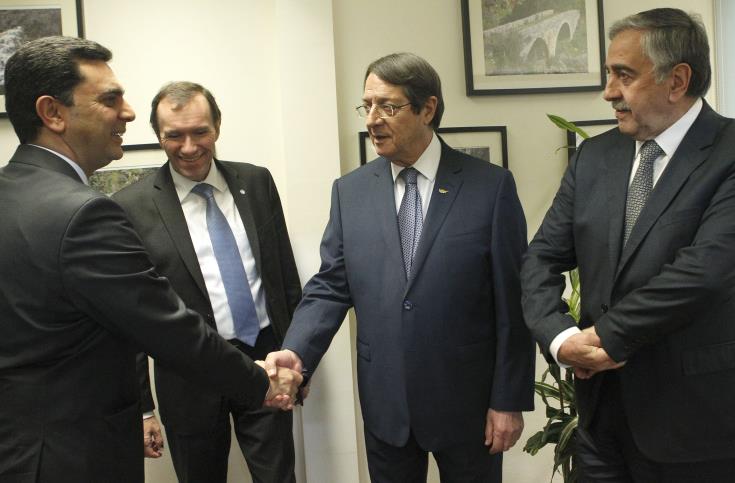 The leaders of the two communities in Cyprus, namely President of the Republic Nicos Anastasiades and the Turkish Cypriot leader Mustafa Akinci, will meet on Tuesday, in the context of the UN-backed peace talks aiming at reunifying the island under a federal roof.

Tuesday`s agenda has been agreed between the negotiators of the two sides, Andreas Mavroyiannis and Ozdil Nami, at a meeting they had last week.

According to well informed sources, the two leaders are expected to talk about effective participation in government, EU matters, governance as well as representation of the two communities to institutions and bodies of the federal state, to be established.

“We hope to have a better idea of where the peace process is going,” sources close to the talks have told CNA.