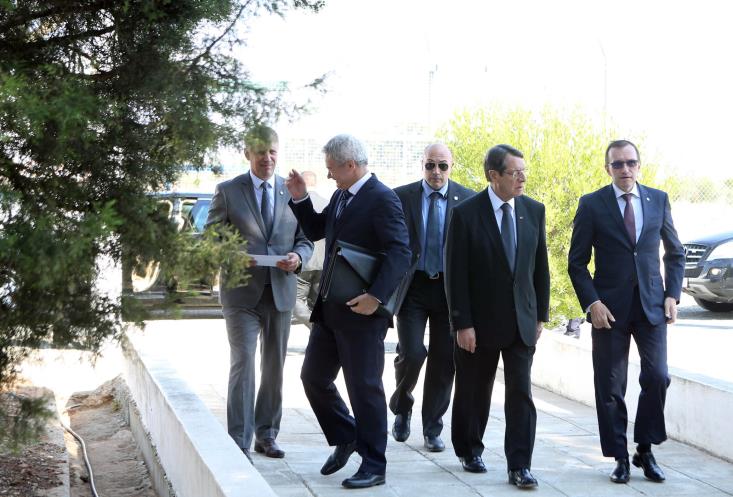 A new meeting between the leaders of the two communities in Cyprus, President of the Republic Nicos Anastasiades and Turkish Cypriot leader Mustafa Akinci, has been scheduled for Wednesday morning, in the framework of the intensified dialogue under UN aegis.

The leaders are expected to hold two more meetings until September 14. All chapters are being discussed during the course of the intensified negotiations.

President Anastasiades said yesterday that a tripartite meeting with UNSG Ban Ki Moon and Akinci will probably take place on September 26 in New York, following the UN General Assembly. He also said that yesterday the leaders discussed chapters including those on the economy and EU affairs.

Cyprus has been divided since 1974, when Turkish troops invaded and occupied 37% of its territory. Anastasiades and Akinci have been engaged in UN-backed talks since May last year with a view to reunite the island under a federal roof.