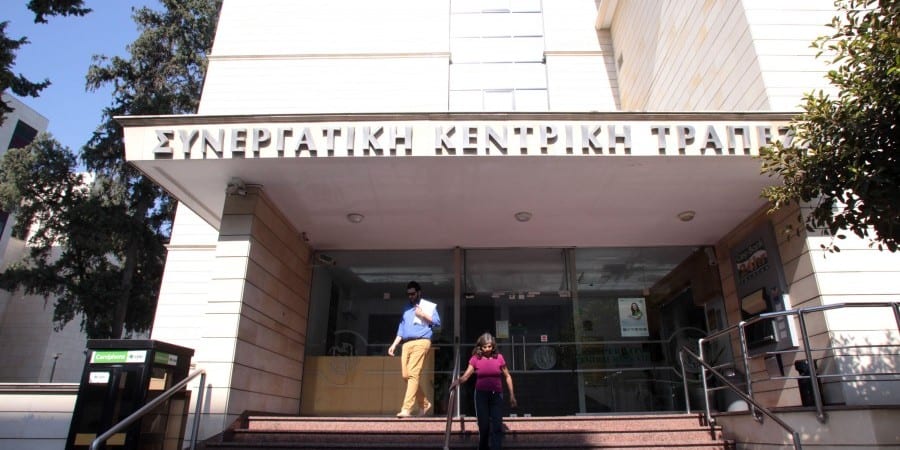 The Cooperative Central Bank has announced a net profit of €55 million in the first half of 2016, compared to €46.7 million in the corresponding period last year.
According to a press release from the Cooperative Central Bank, this is the third consecutive profitable quarter on a consolidated basis. In the second quarter of 2016, net profit amounted to €27.2 million compared to profits of €9.6 million in the second quarter of 2015 and €28 million in the first quarter of 2016.
The bank’s capital ratio (CET 1) continued its upward trend, reaching 16.38 per cent on June 30, 2016.
Non-performing exposures ratio at the end of June 2016, showed a marginal improvement at 59.25 per cent compared to 59.35 per cent at the end of December 2015.
The Bank points out that with respect to the management of non-performing exposures, the major effort undertaken continues with positive rates. Specifically, for the first half of 2016, restructuring amounted to 668 million euros, however these arrangements continue to appear as non-performing for 12 months, according to the European Banking Authority’s classification.
It is added that the arrangements for the first half along with the cure rate which remains at very satisfactory levels, are fully reflected in the NPL ratio overdue by 90 days, which amounts to 48.2 per cent compared to 50.95 per cent at the end the previous year. Correspondingly, the coverage ratio of these loans with provisions maintained at 54 per cent.The bank`s liquidity ratio stands at 32 per cent.
In a written statement, CEO of the Central Cooperative Bank Nicholas Hadjiyiannis, spoke of significant profitability and further increase of the capital ratio.
As he said these results confirm the great effort being made and show the ability of the Cooperative Credit Sector to respond efficiently and effectively in a rapidly changing European and domestic environment.
Support Local Business