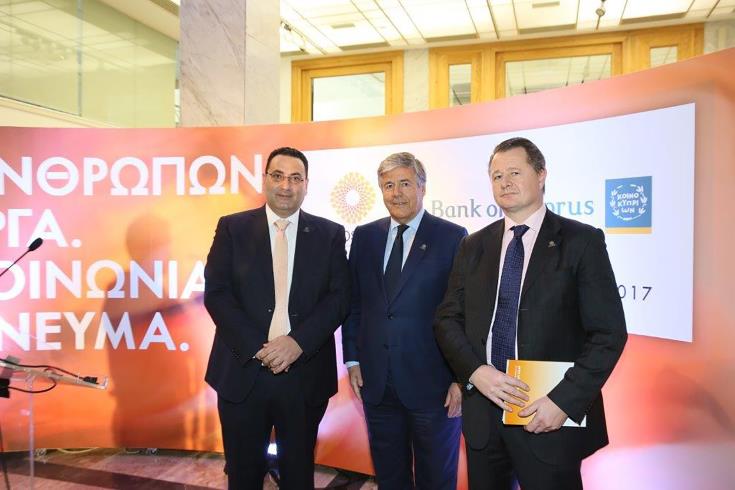 The Bank, he said, is honoured and proud to make a small contribution to Pafos 2017 by serving as a platinum sponsor through a financial contribution and through offering several of its staff as volunteers in organising various events.

“The Bank of Cyprus would like to extend its warm congratulations to the city of Pafos on being selected by the European Commission along with the Danish city of Aarhus, to serve as one of the two European Culture Capital cities for 2017. This is certainly an exceptional achievement by the city of Pafos and I would add for Cyprus as a whole”, he said.

Ackerman added that the bank`s strong support for Pafos 2017 does not only reflect the recognition for the benefits for Cyprus, but it also reflects the close association of the Bank of Cyprus with Palaepaphos, the ancient Roman capital of Cyprus, as one of the coins issued during the Roman period, is the official symbol of the Bank.

Chairman of the Board of Directors of Pafos 2017 Christos Patsalides pointed out that Pafos 2017 was a huge challenge for Cyprus, taking into consideration that the moment they were about to start preparation they had the economic crisis in Cyprus with very limited resources and budget.

“However through our intensive efforts and your support along with other sponsors we have made it”, he said.

Patsalides added that he was very proud that the final evaluation report by the European Commission describes Pafos as a very good example for how other small cities in Europe can deal with the title of the European capital of culture.